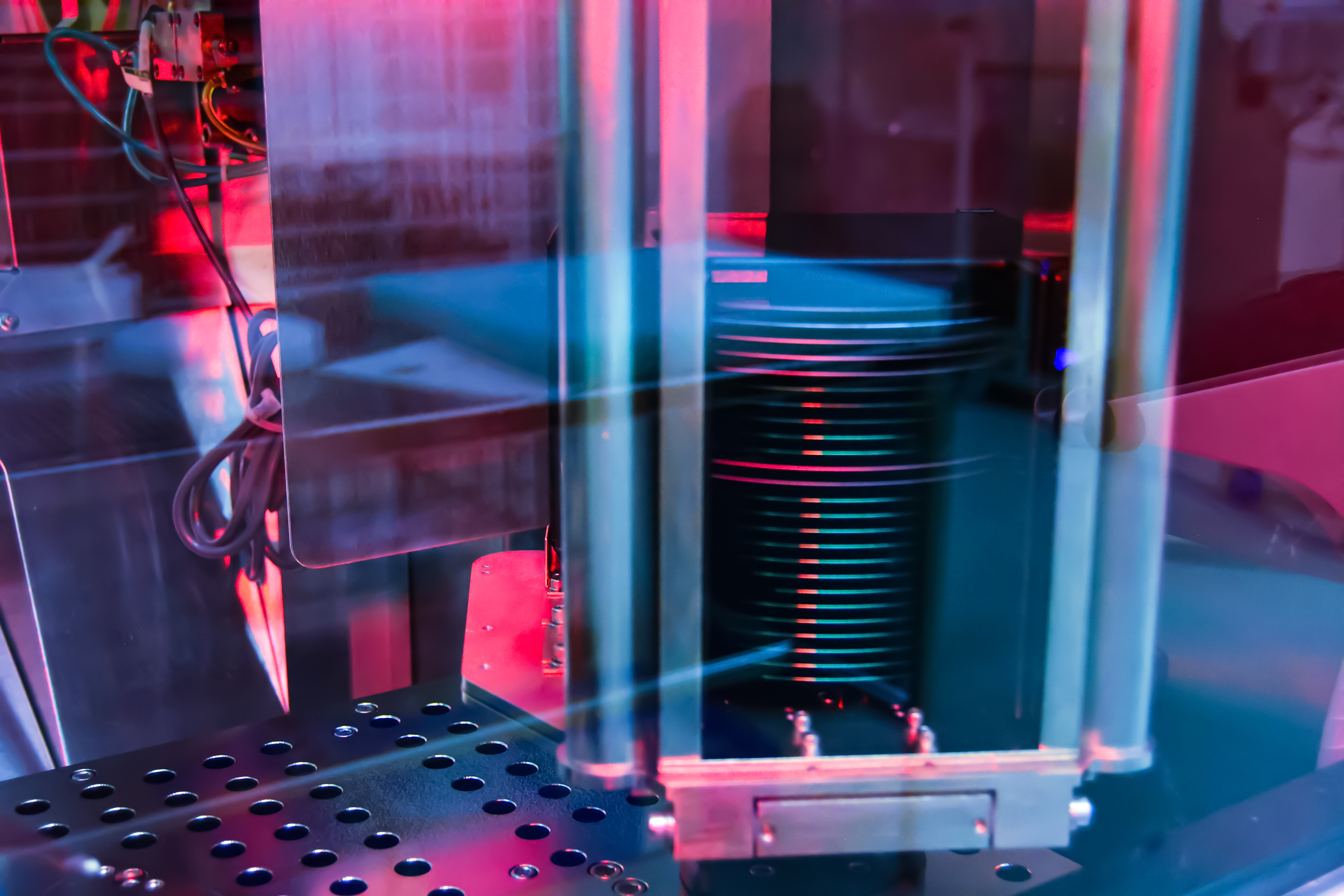 The Endeavor MX PVD system is used for sputtering thin films onto 100 mm to 200 mm diameter wafers. At the heart of the Endeavor MX PVD system is the dual-cathode S-Gun™ magnetron, which provides the energy source for dislodging atoms from the sputtering target onto the wafer. This system produces dense, uniform coatings suitable for producing these thin films over the surface of the wafers. Coatings are pure and have low residual stress, which prevents spallation during future processing steps. In addition to traditional PVD coatings used in filling contacts and vias with conductive metals and other applications, the MX PVD system is used to deposit specialty films, such as Aluminum-Nitride (AlN) and Scandium doped Aluminum Nitride (ScAlN), which need to be dense and oriented in a certain crystallographic structure. The MX PVD system can perform the deposition under low temperature and low pressure, and ion density and ion energy can be controlled independently to tailor the deposition rate.

We also support the legacy Endeavor AT and 8600 PVD cluster systems with spare parts, field service, and upgrades. 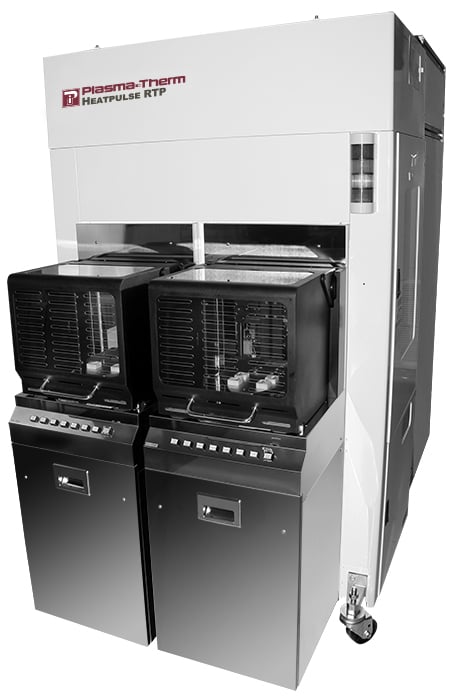 Several upgrades to the standard system are available including a second temperature measurement sensing system, the DTC, providing Emissivity insensitivity on substrates with stacked film backsides. Other upgrades include a Nitrogen Curtain to reduce the ingress of air into the processing chamber when the oven door is opened, and an autonomous Oxygen Analyzer upgrade to monitor and control the O2 concentration during wafer processing. Both of these upgrades individually and combined together work to reduce wafer scrap on O2-sensitive processes. 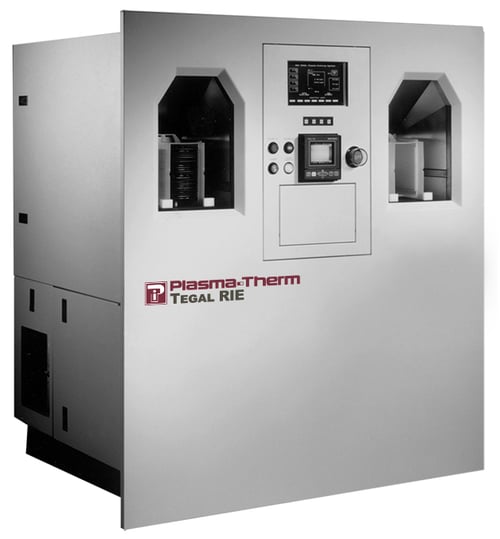 The Tegal 901ACS and 903ACS Diode RIE systems are used for removing non-critical amorphous silicon, polysilicon, silicon oxide and nitride dielectric, and numerous polymer thin films for either unpatterned layers or masked layers down to 1 micron feature size. The Tegal 901ACS is the most cost effective RIE platform in the industry for high throughput single wafer processing. The system features a unique high throughput pick and place wafer transport that can be configured for a range of wafer types and sizes from 75 mm to 150 mm round or up to 100mm square shapes. The system can support up to four process gases and either a 300 or 1000 watt RF power supply with impedance auto matching.

The Tegal 981ACS is based on the same RIE system architecture as the 901ACS and is scaled up to handle 150mm and 200 mm, round and up to 150mm square substrates of any material. This system is especially designed for non-selective etching of large areas, such as backside wafer etching and planarization steps. Used extensively by hard drive manufacturers, MEMS manufacturers, and researchers alike, it is a popular choice for large area plasma etching at low operating costs.

We support spare parts and upgrades for a wide range of Tegal legacy products including 901e, 903e, 901g, and 6500 HRe cluster tools. 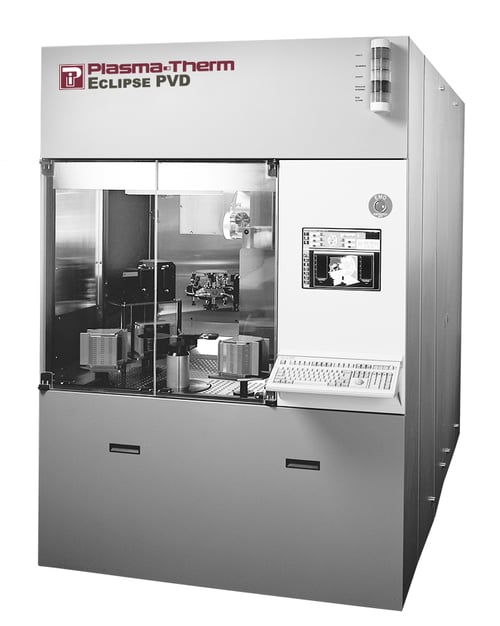 The Mark IV PVD System is now offered by Plasma-Therm as a re-manufactured system. The Mark IV is an upgrade from Mark II, offering a larger process portfolio and occupying a smaller footprint. With one etch chamber and three PVD chambers, the Mark IV is used for depositing metal for interconnects, via fill, silicides, packaging (C4, die attach), and other processes. For applications that do not require a pre-etch chamber, a fourth PVD chamber can be installed. The wafer transport is suitable for gallium arsenide and other compound semiconductor wafers in addition to standard and thinned silicon wafers. Sputtering occurs in vacuum-isolated chambers, limiting contamination. The system features the upgraded Epoch controller with enhanced throughput and factory automation support.

Plasma-Therm’s acquisition of OEM Group expands the number of options available for industry and research semiconductor manufacturing. To learn more about the new products offered by Plasma-Therm, please contact us.