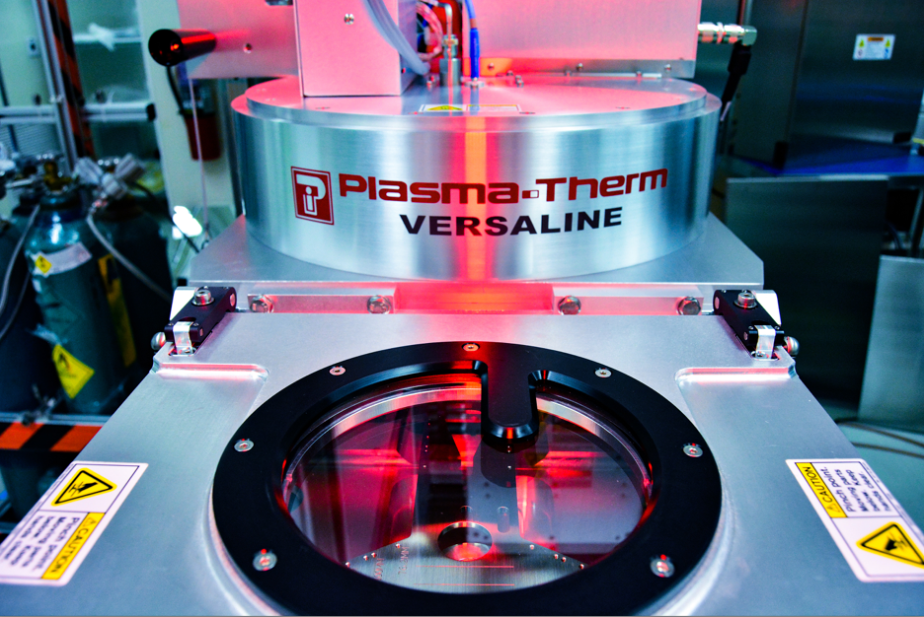 Plasma processing is playing an important role in material processing for such diverse applications as semiconductor electronics, optics, surface modification, cleaning, microelectromechanical, and biomechanical. The list of materials is constantly growing and spans from the very familiar silicon based to an abundant list of compound semiconductors derived from columns III and V or II and VI to equally important metal containing materials. Perhaps surprisingly, despite the incredibly wide range of materials being used, gas chemistries that are involved in etching are nearly completely limited to relatively few.

One of the fundamental mechanisms of etching involves creating reactive plasma species (radicals) that interact with the substrate material to form reaction byproducts. Those byproducts must either have sufficient vapor pressure to desorb from the surface or be encouraged through the arrival of energetic ions. Often it is the combination of radicals and incident ions that produce productive etching results.

Etch byproduct vapor pressure is a good indicator of whether it will leave the surface easily or at a convenient temperature without the assist of ion bombardment. Often a material’s boiling point provides a reasonable guide since a lower boiling point correlates fairly well with higher vapor pressures below the boiling point. As a result, the choice to use Cl or Br radicals is a consequence of those materials reacting to form volatile or nearly volatile compounds.

Cl or Br radicals are very reactive and form many volatile reaction products. For example, most of the periodic table group III and V materials fall into this category. The group III-V materials are used in important devices and applications such as LEDs for lighting, solid state semiconductor lasers for opto-telecommunications, heterojunction bipolar transistors (HBTs), and high electron mobility transistors (HEMTs) for wireless. The elements in the periodic columns Ga, As, Al, In, and P react with Cl radicals to make GaCl3, AsCl3, InCl3, PCl3, and AlCl3 - all have sufficient vapor pressures at reasonable processing temperatures (< 200°C). Br is sometimes used with InP as the InBr3 made during etching is slightly more volatile than InCl3. Other applications using metals also react with Cl and Br radicals. Cr, used as the opaque mask layer in photolithography processes, is etched with Cl and O to form volatile CrO2Cl2. Periodic table group 4 elements are used in important process, memory, and power applications. While F radicals can certainly etch materials such as poly-Si, Ge, and SiC; Cl and Br have become important plasma chemistries to control the etched profile.

How can the corrosive effects of Cl and Br be mitigated?

The very reactive nature of Cl and Br that assists in etching also impacts plasma etching chamber components. Nearly all etching chambers are made of Al, and as mentioned earlier, Al can be etched by Cl and Br. One would think that Al is a bad choice for construction but fortunately, Al also reacts with air to form native aluminum oxide (Al2O3). While native aluminum oxide (or AlOx) is fairly resistant to corrosion, it is also fairly thin (on the order of 3 to 5 nm under typical atmospheric and temperature conditions). This is thin enough that if there is any ion bombardment it will erode in a relatively short period of time. A second important mode of AlOx corrosion failure is the entrapment of residual chlorine and chlorine reaction products in the porous features of the oxide. Upon exposure to atmospheric moisture the residual chlorine reacts to form hydrochloric acid (HCl), which will attack and break down AlOx, and then react with the underlying aluminum. A third consideration for the lifetime of the native oxide, is the method in which the chamber is cleaned. Cleaning with abrasives will quickly degrade the protective capability of the native oxide and accelerate corrosion of the aluminum part.

One way to extend the protective nature of the AlOx is to “armor” a chamber with hard anodized parts that are exposed or “wetted” by the Cl or Br plasma species. Hard anodizing can be many tens of microns thick and by comparison, makes it approximately 15,000 times thicker than native AlOx. Since sealed hard anodized aluminum is approximately five times denser than native AlOx, the corrosion resistance of underlying aluminum may be theoretically enhanced by nearly five orders of magnitude in a plasma environment. Again, it should be mentioned that cleaning the chamber can dramatically reduce the protective lifetime of the anodization. By also replacing or covering other chamber parts that may corrode (e.g. bolts heads) or may not be able to be anodized with ceramic alumina, the chamber maintenance due to corrosion can be considerably delayed.

Many applications use materials that are etched with Cl and Br gas chemistries. The corrosive properties of these halogen radicals are well known, and they can dramatically affect a plasma process chamber over time. A successful approach to reducing chamber maintenance uses a combination of hard anodization and substitution of parts (when possible) with ceramic alumina components. Plasma-Therm provides armored plasma process chambers for better uptime and lower maintenance.